Online dating is more than just chatting to someone online. You have to be aware that people online do lie. Not all online daters are liars, but you need to be cautious.

1. Your gut tells you something is wrong.

If you feel like something is off, it probably is. “It may not be exactly what your imagination is suggesting, but we don’t experience knots for no reason,” says Brenda Della Casa, author of Cinderella Was a Liar: The Real Reason You Cant Find (or Keep) a Prince.

Most women know they’re being lied to long before they actually admit it, but they don’t immediately act on their intuition. “Women tolerate a lot of excuses,” says comedian Steve Harvey, author of Act Like a Lady, Think Like a Man. “A guy that always has an excuse or lie as to why it didn’t happen, why it couldn’t happen, why it won’thappen, is no good.”

Ask yourself: “Does this really make sense?” says Robert Feldman, author of The Liar in Your Life: The Way to Truthful Relationships. “Look beyond what he’s saying and try to be an objective observer of his behavior.”

3. He only has one or two photos to share.

It’s important to not only see photos of the man you’re talking to online, but to also do a web cam chat. Photo theft online is so common these days that you need to make sure you’re talking to who you really think you are. If he can send you a picture of himself right away holding a paper with your (or his) name on it, you can be sure it’s really him. If he makes excuses as to why he cannot send you a picture or web cam chat, you’re probably dealing with someone who is lying about what they look like. Don’t be afraid to ask for proof of who you’re talking to. If he acts offended and makes you feel bad for asking, he’s probably being dishonest.

4. He refuses to get personal.

Most people who are comfortable in a relationship are open to sharing details of their lives. If a guy is unusually distant and keeps almost everything about himself secret,

he’s probably holding something back. “Don’t be fooled by a guy who says ‘that’s too deep; I don’t want to discuss that.’ Good guys will appreciate the depth of your questions; liars will run from them,” says Harvey.

5. He lives within driving distance, but never has time to meet.

If the man you’ve met online lives within driving distance, you should be able to meet. If he makes excuses as to why he cannot meet, chances are he doesn’t plan to ever meet you. No one is busy 24/7. Most people have a day off now and then or weekends. Consider all of the free time he spends chatting to you or talking on the phone. He’s not too busy during those times.

“If you find that he pauses a lot when responding to your questions, becomes overly fidgety and defensive or can’t look you in the eye, be suspicious that he might not be telling you the truth.”

7. He constantly blames you.

Although it’s natural for a guy to be a little testy when interrogated, if you notice that he’s always shifting the blame so that you look like the guilty party, question his motives. “If every concern you have gets twisted around and thrown back at you, he’s pulling a classic guilty-man move. Keeping you on the defensive keeps him out of trouble

If you look at all of the people who go public with being scammed by someone online, you’ll find the majority of them were talking to someone who sounded too good to be true. The chances of you meeting someone who is a model, actor, or wealthy businessman are slim to none. If you meet someone who says he is any of those things, do your research. You want to believe someone wouldn’t lie like that, but as you’ve probably seen it does happen a lot. Don’t simply assume that you won’t be a target.

9. He has an answer for everything.

Watch out for excuses that are very buttoned up, a little too perfect and rehearsed. “If you find yourself making sense of something that doesn’t make sense or making exceptions, stop yourself.

10.He makes the lies seem like no big deal.

Liars have an a 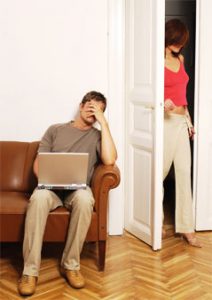 dvantage because what they say is what we want to hear, and they know it. Even if he’s feeding you little lies that make you feel good about yourself, remember that they are lies. “It’s hard to constantly be thinking, Is this the truth, is this not the truth?
Even if it seems innocent enough, someone who lies about little things is going to lie about big things,” says Feldman. “If you do stay in the relationship, rebuild trust slowly and be clear that if he lies again, it’s over

Online dating requires patience and a lot of common sense. When things don’t add up don’t be afraid to ask questions. Don’t feel guilty about doing research on the person you’re talking to. It’s up to you to protect yourself as best you can

10 Types Of Women You Should Never Marry- Must Read 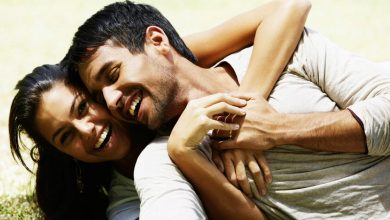 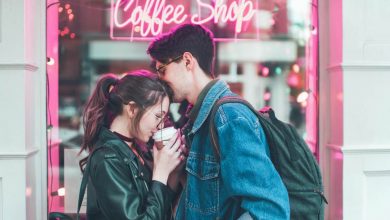 10 Harsh Truths About Relationships No One Wants to Admit 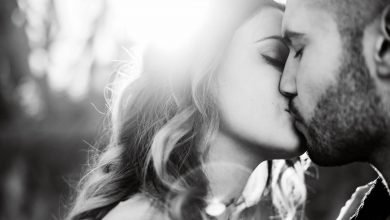