Can you recall the last time you were really angry at someone? So much so that you were physically shaken just at the thought of them? Rarely does this feeling of anger help us in getting what we want. Often, it will work against us, resulting in more pain, unnecessarily.

For sake of simplicity, we will use anger as the target emotion to overcome. Keep in mind that it can be applied to overcome other non-conducive and intense emotions such as jealousy, guilt, hatred, regret and fear.

The interesting thing is that if there are two angry people unhappy with each other, both people feel a sense of loss, unfairness, pain and the need to blame the other person. Who is right? The answer is: both are right and both are wrong. You fight the most with the ones you love the most, right? Even so, the next time you find yourself feeling really mad at him, go ahead and try these ways to reset your anger! Trust us, they really do help!

Read Also:  4 Signs She is The One to Marry

Don’t say things you’ll regret later. Delay the discussion if required but don’t blab things you’ve only thought of. We know that you hate some of his (completely unrelated to the fight) habits, but now is not the time to tell him that.

So instead of saying, “You didn’t show up so you obviously don’t care about me,” say, “When you forget about the things that are important to me, I feel hurt.” In this way, you’re not assuming the other person meant to make you feel bad—you’re just explaining how it makes you feel so they can understand how their actions impact you.

Words such as Don’t, Not, No, Can’t gets us focused on the things that we don’t want. Language is a powerful thing and can influence our subconscious mind, and ultimately our feelings. When you catch yourself using a negated word, see if you can replace it with another word of opposing meaning. Example: instead of saying “I don’t want war”, say “I want peace”.

Things will play out regardless of whether we become emotional or not. Trust that the universe will work its course and do its job. By not surrendering, we get worked up for nothing, and our body will suffer as a result of it.

5. Let him/her cool off too

Just because you have calmed down, doesn’t mean he has as well. You can’t force the chill-pill down his throat. As partners, you need to respect each other’s cooling off period.

6. Stay open to the other person’s perspective.

It’s possible that they feel angry, too, and think that you’re the one in the wrong. It’s also possible that there isn’t a right or wrong, but rather two people who see things differently and need to see each other’s point of view.

7. Ask yourself: Why is this bothering you so much?

Is it really what someone else did, or are you feeling angry because of what you’re interpreting their actions to mean? (For example, you may think that your boyfriend not showing up means that he doesn’t respect you, when he may have a valid explanation).

Read Also:  11 Signs You’re With A Good Guy and He’s Your Prince Charming

8. Learn what you value.

This situation taught you something useful about what you value in the people you choose to be friends with—maybe directness, humility, or loyalty. This will help you decide which people you might want to spend more or less time with going forward.

Now that you’ve patched up and are back to being bumchums, broach the “problem” topic with utmost care. Keeping issues unresolved will make them come back and haunt you again at a later time!

10. Remember that your relationship is dear to you

Look at the bigger picture. No, seriously, you can’t be ending your relationship because he forgot to give you a wake up call or because you didn’t leave him some of the pizza. Right?

11. Be the first to forgive

Trust us, some trivial matters will not matter 10 days down the line and 10 years later, you may not even have any memory of it. Be the one with a golden, blingy heart. Learn to forgive – it’s okay, chalta hai!

If he is still angry…Order his favourite food and sit down in front of him to eat. Slurp, make noise, sound stupid and then…watch him melt, ladies!

Cute Messages to Send to Your Boyfriend That are Freaky Romantic

How to Attract an Aquarius Woman 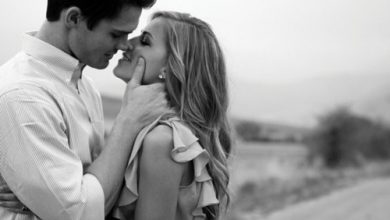 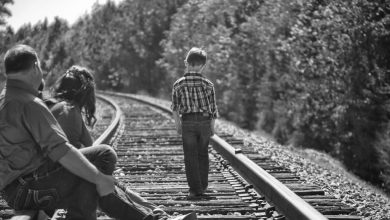 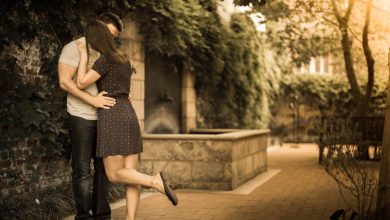 What? Kissing Can Too Cause Diseases… Really??? 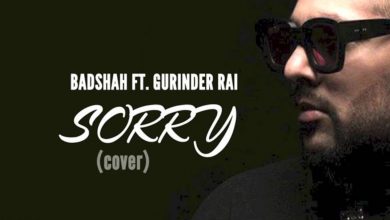