Do you believe in zodiac signs or sun signs? Or if you love reading that column in newspapers, about your luck and week horoscope then probably you would love to read about your boyfriend.

Find out what kind of boyfriend will he be, based on his Zodiac Sign! What’s your boyfriend’s zodiac sign?

He’s the kind of man who’ll have no trouble making the first move—if you’re a shy girl, take a backseat. He’s happy to steer. He’s going to want a lot of ‘adventure-filled’ dates—things like rock-climbing and fun treks will be on the menu. He’s good with commitment though—albeit cautious at first, when he’s in, he’s all in.

The Taurus man is the kind of guy you can really count on—he’s supportive all the way through. Whether it’s providing for you financially, physically or emotionally—you’re top billing on his priority list. He’s also the kind of guy who’ll hold his own in discussions and fights—don’t expect him to cower in a corner if you back him into it.

This man is officially the life of the party. Get used to being a part of his (multiple) social circles, because he has them in spades. You may find, sometimes, that his attention is waning—he borders on a bit free-spirited, and takes things fairly easy. We’re also not saying he’s a cheater, but he is more prone to it than other signs.

Read Also: How You Act When You’re Jealous, According To Your Zodiac Sign

The one luxury you’ll have dating a Cancer man is that he’s very attune to what you’re thinking. This man is likely to be more sensitive to your needs than most, without you having to spell things out. It’s important to him that you get along with social circle as well, so make an effort to make them like you.He’s quite the date-planner—he’ll put a lot of thought into making an evening come together—so enjoy!

You may, from time to time, find yourself vying for his attention—he doesn’t give it away easily. He tends to be surrounded by women—a lot of whom want to get with him and oust you from the girlfriend position. He has a tendency to want to win every argument he has—don’t let him, because it sets a precedent for how things will go from here on out.

Read Also: Your Sexiest Quality According To Your Zodiac Sign

While for some people the degree of stability a Virgo man provides in a relationship can be taken for ‘boring’, most women will be floored by how much you can count on this guy. Car breaks down? He’ll come get you. Long day? He’s got tea waiting. Don’t take him for granted, though—because if you do, he’s an upfront man that will call you out on it.

Not a wild stallion, this one. While you should expect any spontaneous trips to Cancún on a Wednesday, you can also safely not worry about any lamp-throwing fits of passionate rage. He’s a balanced person that weighs every decision before he makes it—and that apply to your relationship, too. So, for instance, if he asks you move in with him or marry him, you can be damn sure he’s really thought it through.

Girl, you’ve got your work cut out if the man you’re with is a Scorpio. They’re men of many layers, and you can never be truly sure you know him through and through. Pressuring him to express himself will make zero difference—their walls are firm. But over time, he will start to let them down for you.

Read Also: 11 Tips for That Special Bond of Love: Strengthening The Relationship 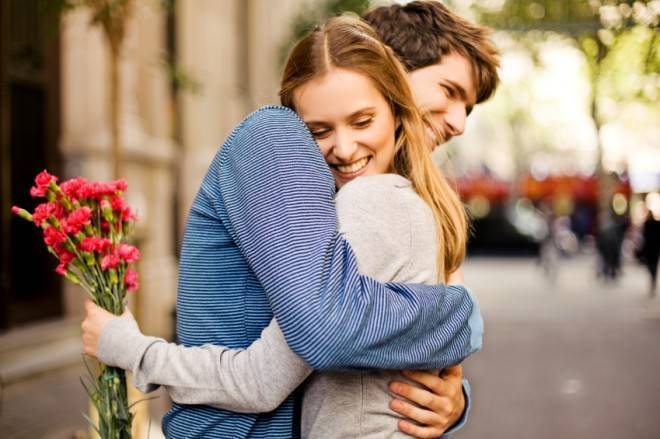 Incredibly into intellectually-stimulating conversations, you’re better off discussing the roots of Indian philosophy with him than the Hrithik-Kangna controversy. He’s an adventure-seeker, and won’t do well with getting stuck in a rut. He’s good with people, so very often it might look like he’s flirting even though he’s really just tallking to them in his own style.

These guys are good, solid guys that are looking to sink their hearts into the real thing. Don’t get us wrong, it’s not an army of Ted Mosebys were trying to make you picture—they’re just not afraid of going all in. He does tend to be set in his ways though, so you may have to get on board with his lifestyle. He’s also quite the gift-giver, so enjoy that.

This man has a plethora of social circles—and if you’re in his life, he’ll want you to both know and like them. In short, if you want to be his lover, you’ve got to get with his friends. He can also sometimes be a bit detached (which can frustrating in fights). One thing we can tell you fo sho—if you aren’t friends first, it won’t last with him.

So, you’ll have to make the first move in all probability—they’re pretty much famous introverts. He’s soft-spoken and gentle, and you won’t have to hammer away at any walls to get to how he’s feeling. He’s a bit of an optimist, so he might be more crushed by your fights. In good news, though, that translates to a lo-o-ot of romance.

13 Undeniable Signs He Is Madly In Love With You

How to Attract the Libra Man

12 Things You Should Definitely Know If You Love a Pisces

What is Your Passionate Side, According to Your Zodiac Sign

The Worst Qualities You Possess, According To Your Zodiac Sign