OK – so you’re really into a guy, but you don’t know if he feels the same way. Or maybe you caught a guy checking you out and felt like you had a “moment” and you’re wondering if he’s actually interested… , or if he was just bored and it’s all in your head.

You can tell a LOT about what someone is thinking and feeling just by watching their body language carefully. So what does that mean for you? It means you can pretty easily tell whether he’s interested or not just by watching for a few key signs! All you have to do is know what you’re looking for.

If he’s looking at your face a lot or making a lot of eye contact, that’s a sign. Also, if he’s leaning towards you or positioning himself close to you, it’s a major sign.

2. Listen Carefully To Him When He’s Talking To You

Read Also: She will never tell you those 11 secrets… Even If You Are Her Boyfriend

One good way to see just how interested he is in you is to watch his body language during conversation. Try saying something softly. Does he lean in to hear you? Great! Does he stay closer to you after leaning in, or does he retreat away from you?

3. They Ask Questions about You

We are very inquisitive when we’re around people who interest us. So if they’re asking tons of questions, they want to know more about you — and see more of you .

Eye contact is one of the most important things to notice about a guy. Many guys will try to secretly look at you when he thinks you’re not watching – so if you catch him looking away when you glance over at him, that’s a good sign! More assured and confident guys will actually make and hold eye contact. It’s true.

5. Does He Treat You Differently?

When a guy is interested in you, he might start behaving differently towards you,ESPECIALLY in a group. If he starts acting “protective” towards you, like shifting himself closer to you in any seating arrangement, or putting his arm around the back of your chair, it’s a sign that he’s interested.

One interesting tactic that some guys take is to start flirting with OTHER girls when they’re actually interested in you. A guy will do this when he wants to see your reaction to him flirting with other women – so that he can tell whether YOU like HIM .

Especially if he’s never acted interested in them before! Look for him to start acting interested in things like a band that you’re into or a TV show you like. If he starts talking about how a band you like is in town in the near future – he’s trying to give you something that you like! He’s interested in you!

Keep an eye out if something you brought to his attention becomes his favorite thing. Like, let’s say you told him to watch a TV show because you love it. If it becomes his new favorite thing, chances are he’s interested in you.

7. Does He Look Nervous Around You?

Does he nervously laugh whenever you’re near? Does he get sweaty palms when you’re together? How about – does he take deep breaths? Does he fidget? Does he look away really fast when you see that he’s watching you?

All of those are strong signs that he’s attracted to you. Guys aren’t nervous around women they aren’t interested in (most of the time), so if he’s nervous around you, that’s a good thing. It means he’s probably worried about making a good impression on you to get you attracted to him as well.

"Ae Dil Hai Mushkil" In Arijit's Voice Is ALL That Love Is! 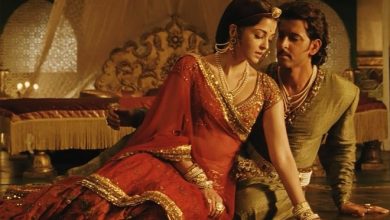 11 Signs That Prove You Are A Hopeless Romantic : #In love with love 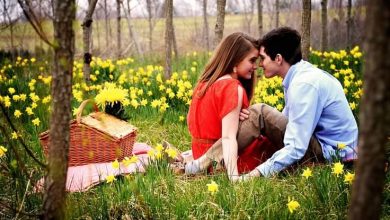 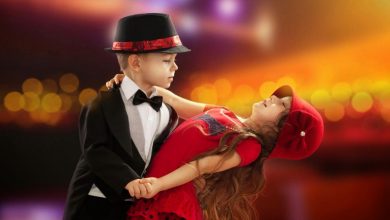 8 Simple But Beautiful Traits Of Relationships That Lasts A Lifetime