Real-life nice guys are the men you meet who aren’t looking for accolades for doing what’s right. They’ll slow down for a turtle crossing the road, even if nobody’s watching. They’ll ask the person serving their coffee how their day is going, and they’ll genuinely want to know. They won’t play games when you meet them, and they won’t put up with your crap or manufactured drama because they know nice when they see it, and picking fights isn’t nice.

They used to try to convince us that marriage is something that happens between families, it is not something individuals like the bride and groom are supposed to take too personally. Of course we rebelled, and then we learnt that they weren’t that off the mark either.

He will teach you by example what love really is. What it means to give and receive love. He’ll expand your heart and open you up to feel something bigger than yourself again.

Read also:  If He Does These 25 Things, He’s COMPLETELY Hooked On You

You’ll feel safe. He’ll give you the strength to pursue your passions, and to bring your goals and soul back to life. The unknown, once scary as hell, is now an adventure you’re willing to take.

You’ll learn what it means to speak your truth again. To not be afraid to voice yourself and your opinion without starting and argument or offending the other person, because he’ll welcome everything you have to say and won’t want to fight, but explore your viewpoint with you.

4. Learn to Laugh in the face of adversity

Guys can seem insensitive, the way that they can make jokes about bad situations, but that’s their way of dealing with things and it seems to work. Men don’t sit around agreeing with each other how bad the world around them is, they make a joke about it and move on to something else.

Read also:  How To Get Over Your emotions with Your Ex As Soon As Possible

5. Learn to be happy

Read also:  Good Vs. Bad – What Kind of Guys do Girls Like?

6. Learn to be self-focussed

Men are often criticised for this, but it is a trait that some women could learn from. Women are sometimes so focused on other people that they forget to be kind to themselves. A little bit of healthy and positive selfishness is good for everyone, from time to time.

How To Attract The Girl Who Is Out Of Your Reach

20 Mind Blowing Life Quotes That are So Honest So True

Penguins Teaches Us A lot About Love. Here are 13 Lessons that we can learn from them 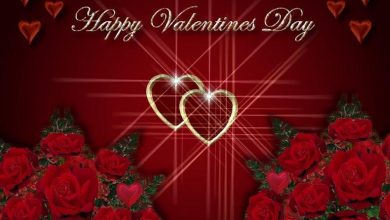