It turns out that there might be such a thing as too much hot sex in the beginning of a relationship—at least, if it’s initiated by the woman in a straight partnership. Why Men Feel More Anxious When Dating Sexually Confident Women. That’s the finding of a small study published in the European Journal of Social Psychology, during which researchers studied 62 newly dating couples over the course of eight months.

Read Also: 5 Magic Features We Wish Dating Apps Would Have

The study aimed to find out how sexual desire and emotional intimacy affect attachment insecurities—in other words, whether changes in each partner’s sex drive and warm-and-fuzzy behavior made the other feel more or less secure in the budding relationship. It turns out that, somewhat counterintuitively, women feel more secure when their partners are super sexually interested in them, which she “may perceive as a sign for his willingness to invest resources in the relationship,” write the researchers—rather than, say, worrying that he’s using her for sex. 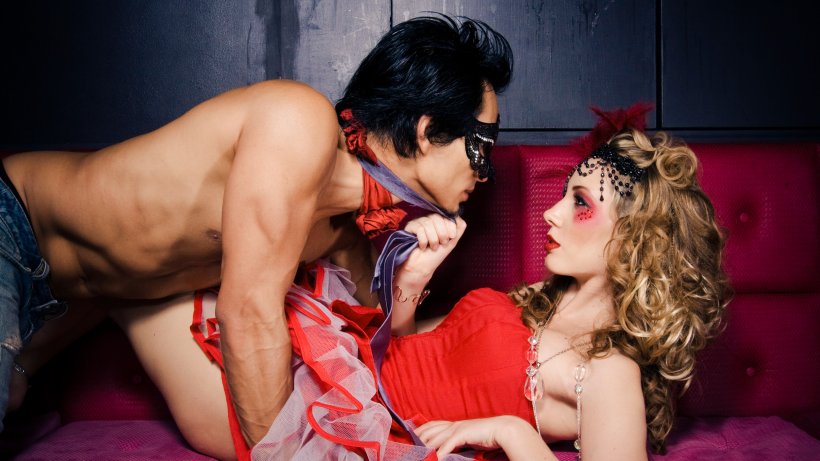 Men, on the other hand, felt more secure in their relationships when women showed more emotional intimacy but less sexual interest in them. Bizarre, right?! Here’s what the researchers theorize: “Women’s intimacy displays … may signify their emotional exclusivity and may be connoted with maternal traits, such as nurturing and caring. These feminine and socially acceptable traits are likely to indicate a woman’s love and availability and, unlike women’s desire, seem to alleviate men’s anxieties about women’s faithfulness and other relational fears.”

Read Also: Bad Dating Behavior: 5 Things We Guys Had No Idea You Hate

Yep, you read that right: The guy you’re dating might, perhaps, theoretically prefer that you hold his hand and snuggle up to him while watching Netflix rather than start a seductive striptease because he’s afraid you might cheat on him or be emotionally unavailable. Talk about reversing gender roles! There’s more than a bit of irony to be found here.

We say, don’t take it to heart, ladies. Let’s hope that the fact that this study was small means it’s not inherently applicable to the larger population. And anyway, if your man is so insecure he can’t take you being super hot for him, it’s time to move on to the next, anyway.

The Most Lovable Thing About You, According To Your Zodiac Sign